In my studio practice I blend a variety of image-making techniques, such as photography, digital imaging, drawing, and weaving, as ways to render figurative imagery. I am interested in depicting bodies because this subject matter articulates the cultural act of identification; which is the notion that figures can be identified, described, and interpreted using specific categories of gender, race, and orientation. The process of identification involves identifying those who are like ourselves and those who are not through sometimes cursory and sometimes critical observation of external cues that supposedly confirm inner essences. Representations of body in visual art, however, refer not to an intrinsic truth with regards to any individual depicted, but rather to the notion that images can represent the ways in which culture projects, incises, and embeds its ideals upon the corporeal site we refer to as body.

Nick Simko is an artist and educator based in Albuquerque, New Mexico. Simko's practice utilizes figurative imagery to navigate cultural processes of identification. Simko’s photographs, paintings, collage, and tapestries have been exhibited at museums and galleries throughout the United States including Sanitary Tortilla Factory, Colorado Photographic Arts Center, The Walters Art Museum, The University of New Mexico Art Museum, 516 Arts, and Hillyer Arts Space. Simko is a 2018 recipient of the Sanitary Tortilla Factory's Exceptional Visual Scholar Award. Simko holds an MFA degree in Photography from the University of New Mexico, as well as a BFA degree in Art History, Theory & Criticism from the Maryland Institute College of Art. 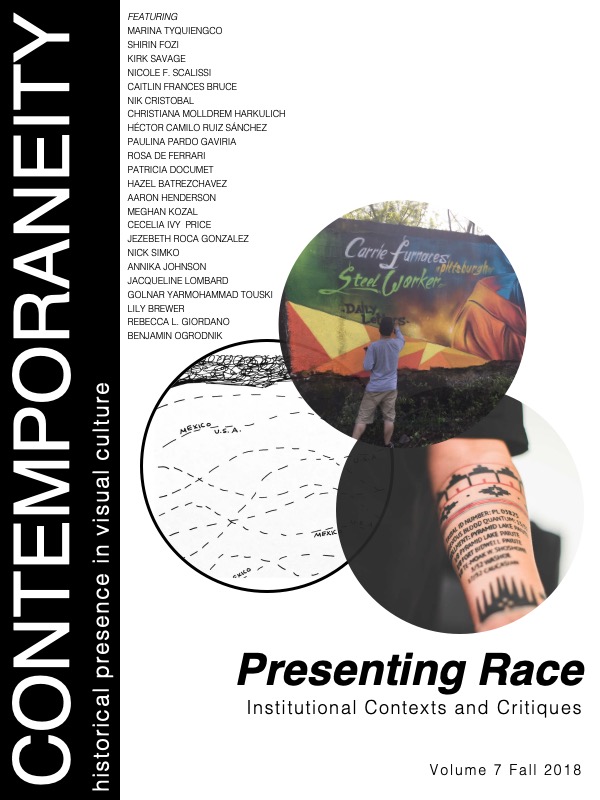 Authors who publish with this journal agree to the following terms: